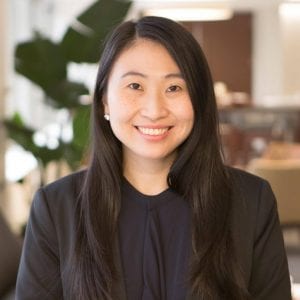 Amanda Xi is a Massachusetts General Hospital Anesthesiology resident and a former Henry Ford Hospital Transitional Year resident. She was a member of the Inaugural Class of 2015 at the Oakland University William Beaumont (OUWB) School of Medicine in Rochester, Michigan. She started her journey with AMWA as the Founding President of the OUWB branch from 2011-2013. Under her leadership, the AMWA at OUWB branch was recognized with the Heller Outstanding Branch Award for two consecutive years. Amanda then served as the Student Division Conference Co-Chair from 2013-2014 and worked closely with AMWA’s leaders to plan the 99th Annual Meeting in Washington, DC. In parallel, she also oversaw the revitalization of the Social Media Committee as a Co-Chair. In the 2014-2015 academic year, Amanda managed the Student Division finances as Treasurer, contributed to the Finance/Fundraising committees as an active participant and launched the nationwide Student Division Crowdfunding Campaign. She continued her involvement in planning the Annual Meeting as a Centennial Program Committee Co-Chair. At the 2015 Centennial Meeting, she was awarded with the Anne C. Carter Leadership Award. Amanda is excited to continue on as Resident Division Treasurer for the 2015-2016 year.

Prior to medical school, Amanda completed her Associate degree at Bard College at Simon’s Rock before transferring to the University of Michigan to obtain her Bachelor and Master of Science in Biomedical Engineering. She held numerous leadership positions within the Society of Women Engineers. Her passion for inspiring young women and men to enter STEM fields led her to start an after-school engineering club at a local underserved middle school.

Amanda is interested in policies surrounding the use of social media by health care professionals. She was a recipient of an OUWB Inaugural Capstone Competitive Scholarship for her work investigating the presence of social media policies at U.S. medical schools. Moreover, she recently accepted funding through the American Society of Anesthesiologists’ (ASA) Mentoring Program to launch a study on communication with adolescent patients experiencing pain.