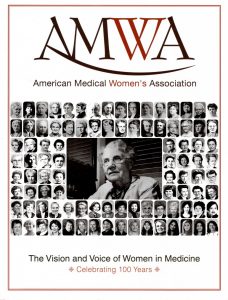 To advance women in medicine, advocate for equity, and ensure excellence in health care.

A healthier world where women physicians achieve equity in the medical profession and realize their full potential.

Our History and Our Impact

For over a century, the American Medical Women’s Association (AMWA) has been committed to the advancement of women in medicine. Although the number of women choosing careers in medicine has grown substantially, there has not been a commensurate rise in women to senior leadership positions. AMWA’s work helps address this gender gap in leadership, through advocacy, mentorship and sponsorship, leadership development, research, constituency building, and policy reform – with a goal for institutional and cultural transformation in gender equity and career parity. 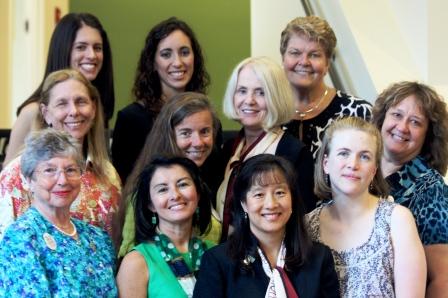 Key highlights and milestones that reflect more than 100 years of advocacy on behalf of women in medicine.

AMWA was founded by Dr. Bertha Van Hoosen at a time when women physicians numbered less than 6% of the physician population. As the number of women physicians has increased, so too have the challenges and issues faced by women in medicine–challenges which AMWA has met with a fierceness of purpose.

Time and again, AMWA has demonstrated that by acting collectively with the force of a national organization behind their initiative, women physicians would increase their effectiveness in advocacy, leadership and policy changes.

One of these first areas of advocacy was grounded in the desire of women physicians to serve in the war effort. In 1917, AMWA formed the War Service Committee, later renamed the American Women’s Hospitals Service (AWHS), to lobby the War Department for military commissions for women physicians. Though women were still not permitted to join the military medical corps (they later allowed women to serve as contract surgeons, a civilian position), the leaders of AWHS were not deterred. Raising over $2 million in funds, AWHS launched a mission to send two hospital units to war-ravaged France and with the support of the American Red Cross, also sponsored other relief efforts both during and after the war. In delivering charitable care around the world, the women of AMWA were overcoming barriers to medical care, rising to leadership roles, and building trust with the American public. This was the auspicious beginning of a humanitarian service that would continue for more than a century all the way to the present day. An editorial in the New York Times praised AMWA’s work alongside that of the International Red Cross and the Rockefeller Foundation. 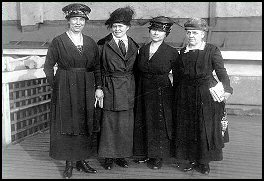 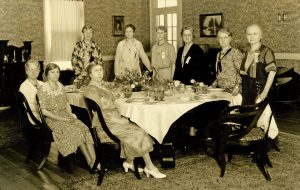 Advances for women in medicine were achieved as AMWA entered the political arena: by joining the Women’s Joint Congressional Committee to lobby for pioneering legislation and by advocating for policy reforms, AMWA expanded opportunities for career advancement and more leadership roles for women doctors who gained military commissions during World War II and were elevated to state health directors and public health officers.

Despite the effectiveness of advocacy, education, and leadership efforts initiated by AMWA, stringent quotas on the number of women medical students, gender discrimination, and the closing of most female-only medical colleges limited women’s advancement in medicine.

It took the passage of the Higher Education Act in 1972 and a second wave of feminism on top of fears of a medical manpower shortage, to achieve a rise in the number of female medical students applying to medical school. In fact, the representation of women entering medical school students nearly doubled in during the 1970s. AMWA also co-sponsored a conference with the Women’s Bureau, the President’s Study Group on Careers for Women and the U.S. Department of Labor called “Meeting the Manpower Needs: The Fuller Utilization of the Woman Physician.” These and other efforts by AMWA helped overturn prevailing assumptions about the intellectual abilities of women and the traditional responsibilities of wives and mothers.

AMWA focused on eliminating the cultural factors discouraging women from entering the profession and created a pamphlet for high school guidance counselors entitled, So You Want to Be a Doctor? Acknowledging a need to attract young women into medical school, AMWA established scholarship and loan programs, junior branches and awards for women medical students, mentorship, networks, and opportunities for leadership.

Although female enrollment in medical schools substantially increased, there had been an inadequate increase in the percentage of women in senior leadership positions. AMWA member Dr. Marlys Witte and the staff of the AMWA Professional Resources and Research Center at the University of Arizona pioneered a research project on medical women in academia. As she and her colleagues discovered, women were still on the ground floor of the medical faculty hierarchy ten years after their number had begun to rise in the profession. AMWA organized workshops outlining the goals and delineating the constraints that limited the expansion of the role of women in medicine as well as plans and strategies to overcome the restraints. In cooperation with Cornell University Medical College, the Women’s Medical Associations of New York City and State, New Jersey, and Connecticut, AMWA organized the Women in Medical Academia Leadership program. Dr. Patricia Numann said the program encouraged her to begin the Association of Women Surgeons and the Women’s Caucus at Upstate New York. The program also inspired attendee, Dr. Florence Hazeltine, to start the Women’s Health Research Foundation. The program was a seminal event for women’s leadership advancement because several women physicians who attended the program advanced to leadership roles including Deans, University Presidents and Department Chairs.

Yet change came slowly.  Women physicians were still limited in representation within the higher ranks of academic medicine and earned a percentage of what their male colleagues earned. AMWA co-sponsored the report, “Empowering Women in Medicine” and developed the Institute for Advancement of Women in Medicine and Healthcare with George Washington, Howard, Johns Hopkins and Maryland Universities. In partnership with Simmons College, AMWA hosted the Institute of Career Development, discussing business strategies, negotiating skills and gender equity. For female medical students, AMWA co-sponsored the Women’s Empowerment Institute, a leadership building experience consisting of skill building workshops and seminars to promote the development of leadership skills.

AMWA maintains its commitment to advancing the next generation of women leaders through leadership certification programs, webinars on career development and negotiation, media training, mentorship and sponsorship. Within AMWA, a gender equity task force advocates for equal pay, transparency of pay scale, more women in positions of leadership, and elimination of gender stereotyping and harassment, and a Networking Alliance brings women physicians together across all specialties. Women’s achievements are uplifted through annual awards, exhibitions, and recognitions.

Today, AMWA members are taking on senior positions in academic medicine and these pioneers are making it easier for other women to follow behind. AMWA’s work over the past century has also helped enable environmental and institutional change. These collective efforts have represented a unified voice for the advancement of women in medicine.