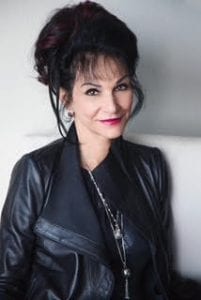 Judge Aquilina retired honorably from the Michigan Army National Guard after twenty years of service. She became part of Michigan’s history by becoming the first female JAG Officer in the Michigan Army National Guard when she enlisted. Ultimately, she received numerous service medals and awards and became one of the most requested JAG Officers because of her dedication to service the law and the soldiers she served with.

Judge Aquilina began her legal career serving as the Administrative Assistant to State Senator John F. Kelly for ten years. Thereafter, she opened Aquilina Law Firm, PLC, during which time she provided both legal and lobbying services. Aquilina Law Firm, PLC became a very successful law firm which resulted in Judge Aquilina becoming the radio talk show host of Ask the Family Lawyer, which became syndicated. Additionally, Judge Aquilina is a published author and her fictional novel, a thriller, Triple Cross Killer, the first in a detective series, published by Fiery Seas Publishing, made its debut in December 2017.

Throughout her career, Judge Aquilina has given back to the community in many ways, most recently being a soccer coach and to include having served on numerous boards and commissions, such as the Board of Water and Light and the City of Lansing Elected Officers Compensation Commission. She currently serves as a
mentor for the State Bar of Michigan Lawyers and Judges Assistance Program.

Judge Aquilina earned her Juris Doctorate degree from Thomas M. Cooley Law School in 1984 and her Bachelor of Arts Degree from Michigan State University in 1979. She has five children and two grandchildren and resides in East Lansing, Michigan.